This oldest bible manuscript including the entire New Testament was written in Greek in the fourth century. Leipzig theologian Konstantin Tischendorf found the first 43 parchment leaves and gave them to the university library in 1844.

(Slider, Fig. 1) The pages of the Codex Sinaiticus are made from the finest vellum. The material (from the skin of sheep or goat) was repeatedly refined and is very thin. The extraordinary writing material and the large format (ca. 13.6x15 inches) indicate how valuable the manuscript was to whoever commissioned it. Nothing is known about this person which most likely was a wealthy salesman who converted to the Christian faith.One outstanding feature of the manuscript is the division of the text into four columns; only the Psalms are written in two columns. Written in Greek capital letters without spaces between words (so-called Uncial script), the Codex Sinaiticus presumably was produced in Palestine. The left column is shortened, because here the Book of Jeremiah ends. Additionally there is an adorned line and the title of the book. In the second column the Book of Lamentations begins, the text being structured accordingly in short paragraphs with headings.The manuscript displays many corrections. There are altogether over 26,000 instances recognizable in the text, written on both sides of over 400 leaves. The majority of the corrections are from the four originally employed scribes and copiers, who compiled the entire book of the Christian Bible from texts handed down separately. A few corrections and comments also date from later centuries.

What is the Codex Sinaiticus?

The Codex Sinaiticus is a manuscript of the Christian Bible written in the 4th century. It constitutes the first surviving and complete version of the New Testament. Shortly before that time the emperor Constantine had ended the persecution of Christians in the Roman Empire. The handwritten text is in Greek. In the middle of the 4th century there was a widespread but not a complete consensus about which books were recognized by the Christian community, Within the Codex Sinaiticus, there are books belonging to the Old Testament which were not part of the Jewish bible and are left out of the Protestant and partly also of the earlier Roman Catholic tradition. When Tischendorf discovered it he took it as an immediate proof of the old age of the text that there was also the Epistle of Barnabas and the “Shepherd” of Hermas, which at that time still belonged to the New Testament. 'Codex' means “book”. When the Codex Sinaiticus was written, it became more and more common to write down literary texts on leaves which were folded and bound in the form we know today. The book format replaced the scroll, which consisted of sequential leaves glued together.The Codex Sinaiticus gets its name from Saint Catherine’s Monastery on the Sinai Peninsula, where it was stored for many centuries. 43 pages have been in the possession of Leipzig University Library since 1844. With 347 pages, the main part of the surviving Codex Sinaiticus reached St. Petersburg in 1859, but was sold by the Soviet Union in 1933 and now is located in the British Library in London. The Russian National Library keeps smaller pieces in St. Petersburg. 12 Pages and 40 fragments were discovered in Saint Catherine’s Monastery in June of 1975.

The Codex Sinaiticus is the centerpiece of 116 manuscripts in the collection of Greek manuscripts in Leipzig’s University Library. It contains alongside the Codex Sinaiticus other illustrious pieces, like the tenth century Chronicle of Byzantine author Joseph Genesius, or the Ceremonial of the Byzantine Emperor Constantine VII. Porphyrogenitus stemming from the library of Hungarian king Matthias Corvinus, the only preserved manuscript of this text. The collection distinguishes itself further with its wide spectrum which includes Bibles and theological literature, philosophical, poetic, and historical texts as well as legal, medical, and mathematical-technical works.

In the afternoon [on the 4th of February 1859] I went for a stroll in the mountains with the manciple of the monastery, during which we came to a discussion about the translation of the Septuagint [the Old Testament in Greek]. To the friars I had brought along copies of my own edition as well as of my editions of the New Testament. After returning to the monastery we entered the cell of the manciple. Here he said he also had a manuscript of the Septuagint; he fetched it, tucked in a red cloth, out of a corner, and placed it before me on the table. I opened the cloth, and beheld something beyond all my expectations [...] And as I instantly noticed, it was not only the books of the Old Testament I saved in 1844 from a basket, but also, something still of much greater importance – the whole New Testament, not with the smallest hole defaced, enriched even more by the complete Epistle of Barnabas, and, as I only noticed later, by the first part of the Shepherd of Hermas.I was unable to conceal the mighty impression this find had on me. I carried the book [...] instantly into my own cell. Here I came to the full awareness of how great the treasure could be, which I held in my hands; I praised and thanked the lord, who gave to the Church and to scholarship and to my own research such a magnificent gift. Immediately in the same night I copied the Epistle of Barnabas; to sleep next to such an untapped Christian treasure, appeared to me a sin. [Konstantin Tischendorf, Vorworte zur Sinaitischen Bibelhandschrift, Leipzig 1862, Leipzig 1862, S. 11-12

Konstantin Tischendorf (1815-1874; Slider, Fig. 3) in the 1840s, shortly before the start of his first trip to the Orient. Tischendorf was born in Lengenfeld south of Leipzig. From 1834 he studied theology at Leipzig University. He was married and had eight children. His scholarly career began with the decipherment of the Codex Ephraemi in Paris in the early 1840s. From 1845 onward he taught theology at Leipzig University; he often traveled throughout the Near East for his manuscript studies.

(Slider, Fig. 4) Here, in the outer right column, begins the Book of Esther (also Ester), right after the Book of Esra 2. The name of this book was written some time later in Greek above the same column. Bible text begins with: 1 a In the second year when Artaxerxes the Great was king, on the first day of Nisa, Mardochaios the son of Iairos, son of Semeias, son of Keisaios, from tribe of Beniamein, saw a dream.

(Slider, Fig. 5) Here a few of the more than 26,000 corrections to the text can be seen, most of which come from the scribes themselves, who probably copied (today lost) papyrus fragments and mutually corrected the text.Bible text begins with: 1 i Then they cried out to God; and from their cry, as though from a small spring, there came a great river, abundant water.

(Slider, Fig. 6) In the third column, line 9, there is an interruption between verses 4 and 5. That is an exception; normally the text was written without interruption and punctuation, as continuous script (in Latin 'scriptura continua'). Bible text begins with: 16 Then Mouchaios said to the king and the rulers, 'Astin the queen has wronged not only the king, but also all the rulers and governors of the king.'

(Slider, Fig. 7) Every vellum leaf has not only a skin side but also a hair side, which absorbs ink less well and is harder to read, as can be seen here.
Bible text begins with: 15 When the time was completed for Esther to go in to the king, she turned down nothing of the things the king’s eunuch, guard of the women, advised her. For Esther found favor from all who saw her.

(Slider, Fig. 8) The irregularly strong typeface on some pages – as seen here – probably has something to do with the fact that in early centuries a few too pale letters were retightened.
Bible text begins with: 13 It was sent by couriers throughout Artaxerxes's empire, to destroy the race of the Judeans in one day of the twelfth month, which is Adar, and to seize their property.

(Slider, Fig. 9) Here are annotations, recognizable on the left and below the text, which were made in connection with the Christian Martyr Pamphilus (died 309), from whose rich library a few of these corrected manuscripts should originate.
Bible text begins with: 9 So Achrathaios went in and told Esther all these things.

In 2005 the International Codex-Sinaiticus Project started; it was concluded in 2010. Participating were four major institutions, which possess pieces of the manuscript: The British Library in London, Leipzig University Library, Saint Catherine's Monastery on the Sinai and the Russian National Library in St. Petersburg.
The result is the edition of all still available pages and fragments of the Codex Sinaiticus online: www.codex-sinaiticus.net oder www.codexsinaiticus.org.
All completely preserved 400 plus pages and roughly 40 fragments can be seen. Further explanations on the project and the manuscript also include conservatory descriptions, which note the peculiarities such as fissures, holes, inkblots, etc. for every individual page. The exact physical descriptions retain the condition of all pages exactly via qualitative high value digital recordings in standard and raking light. The transcription reproduces the text with word spacing.
The Exhibition by the University Library of Leipzig about Konstantin Tischendorf, the discoverer of the Codex Sinaiticus, took place in 2011; there is still information about it online (in German). 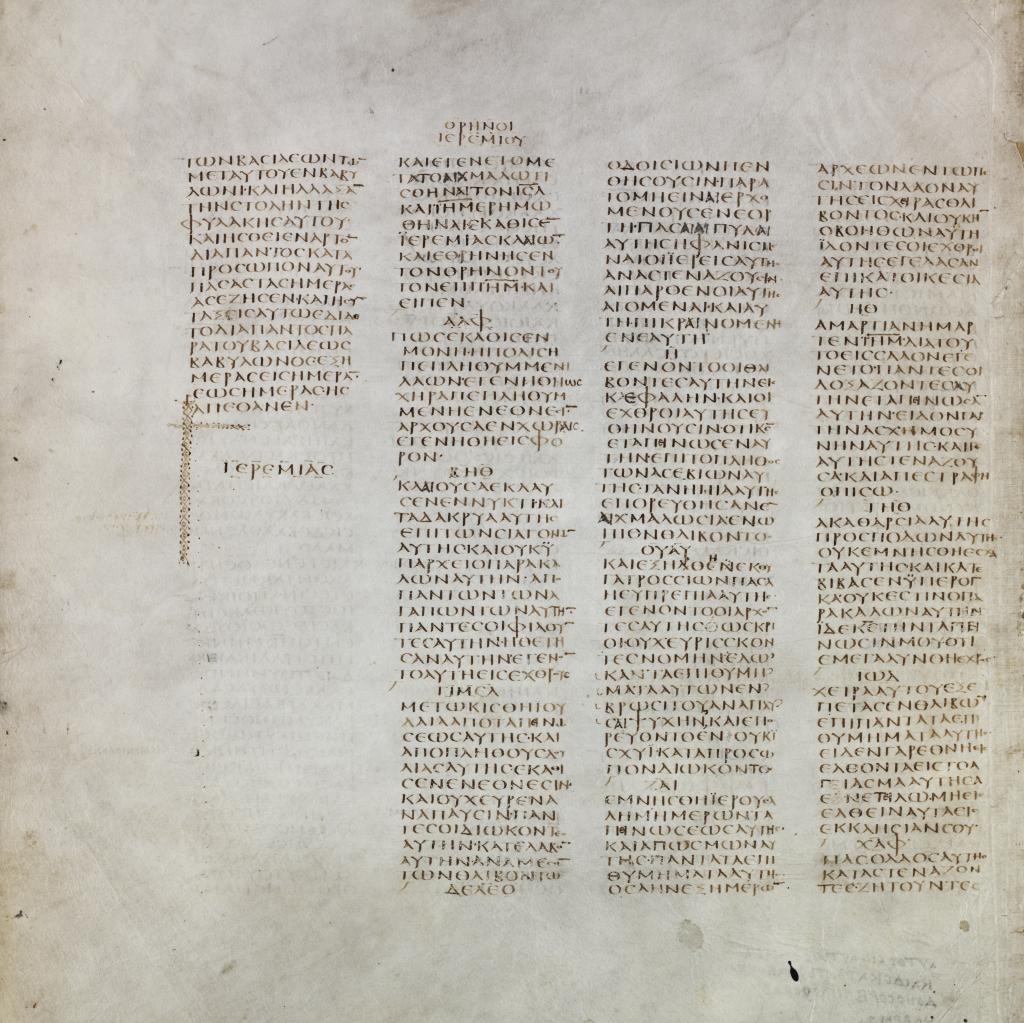 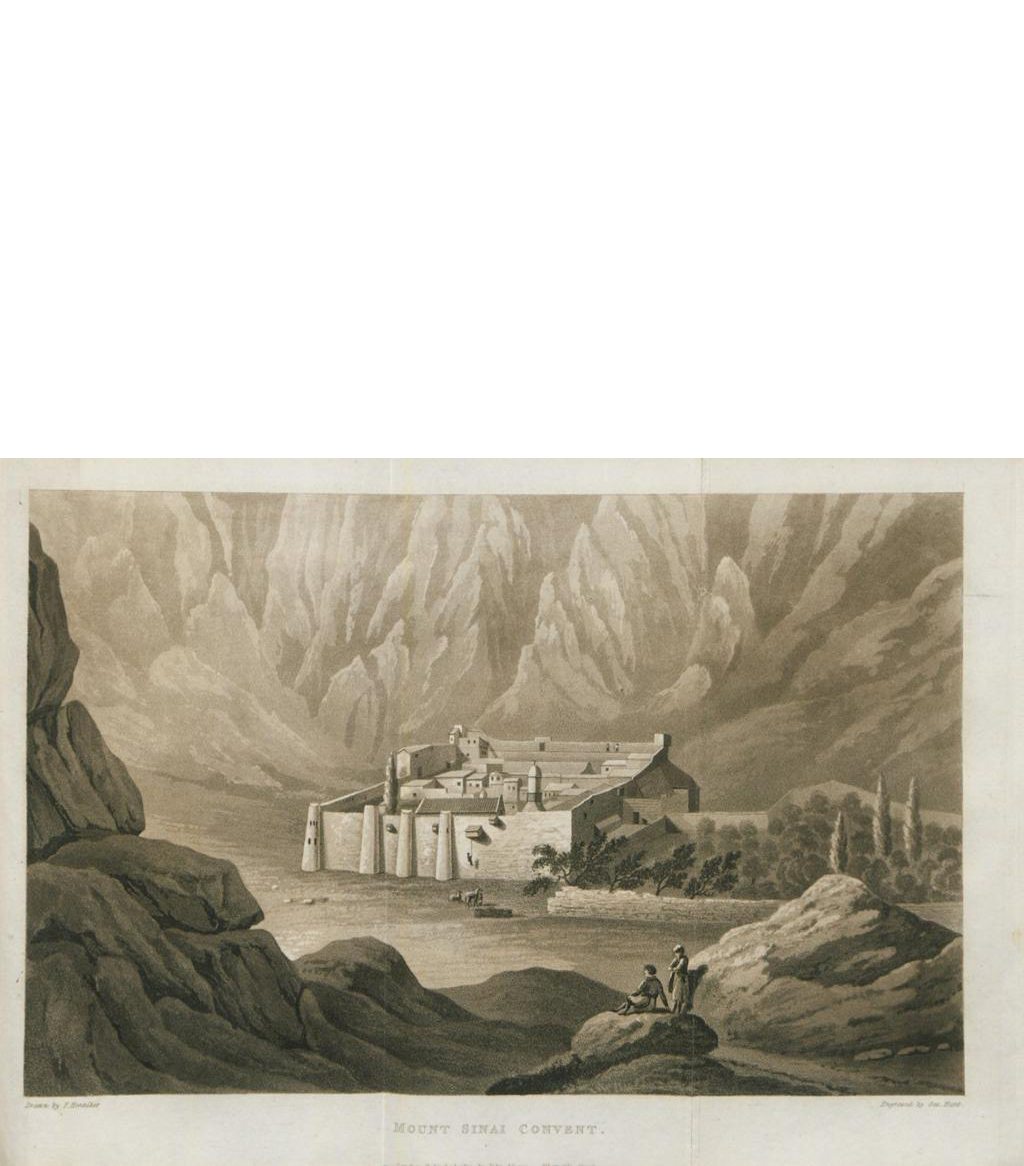 Fig. 2 – The monastery St. Catherine in an etching from the early 19th century 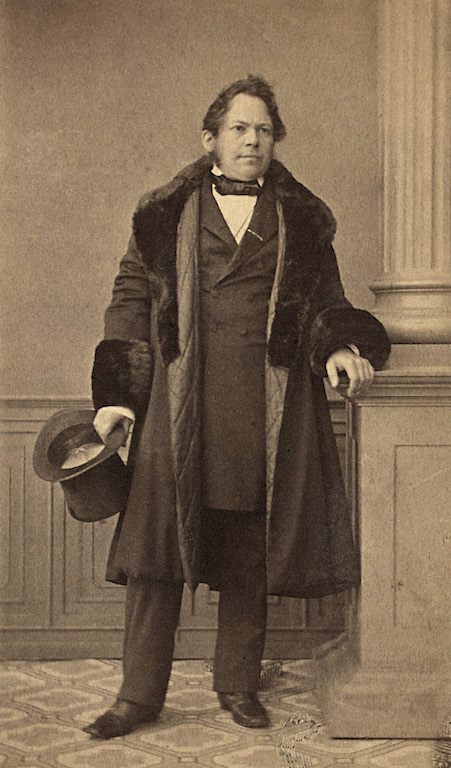 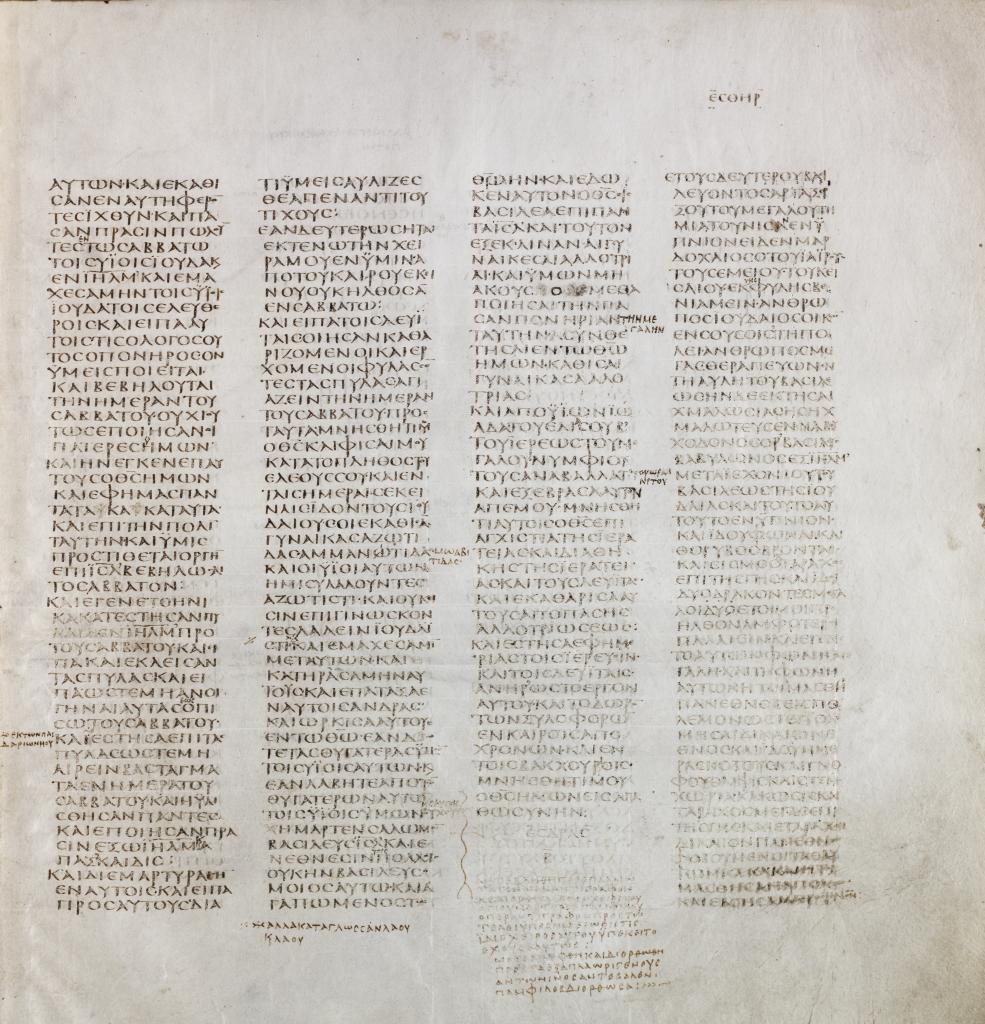 Fig. 4 – Excerpt from Codex Sinaiticus I 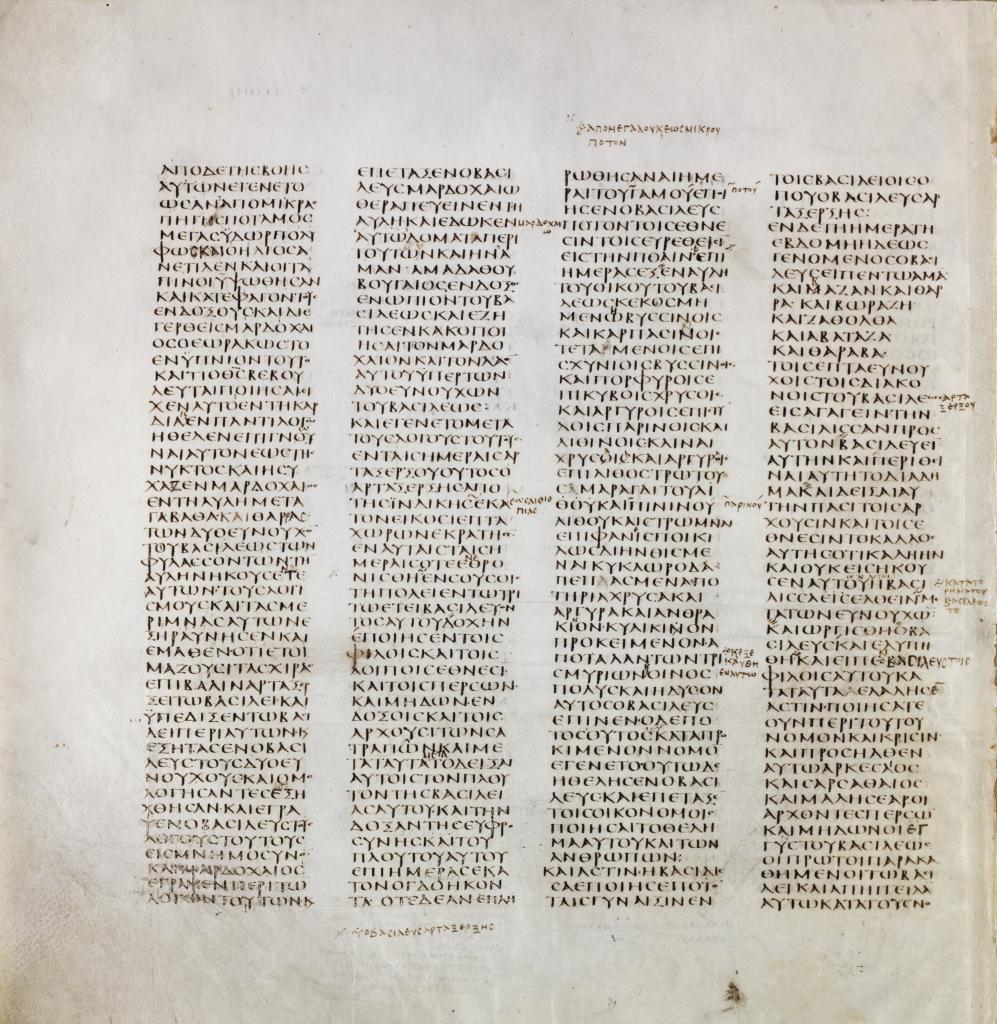 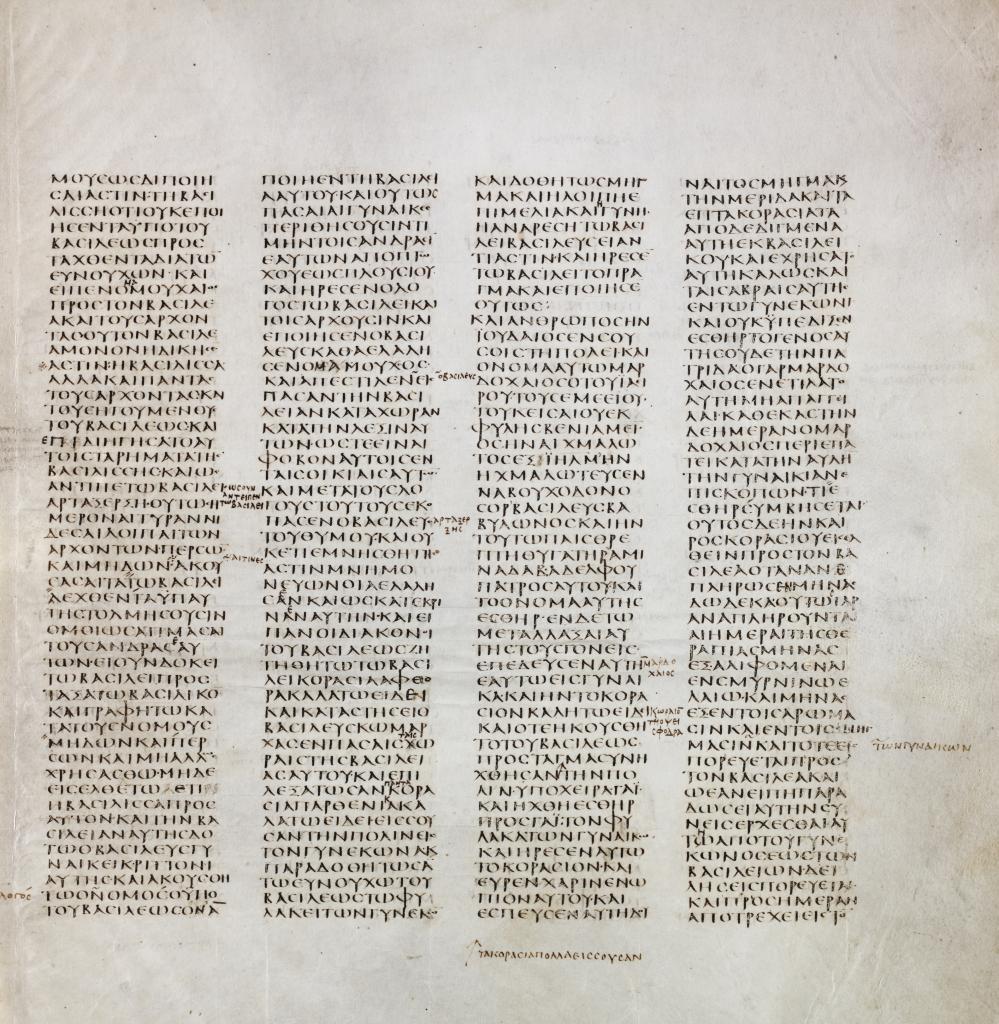 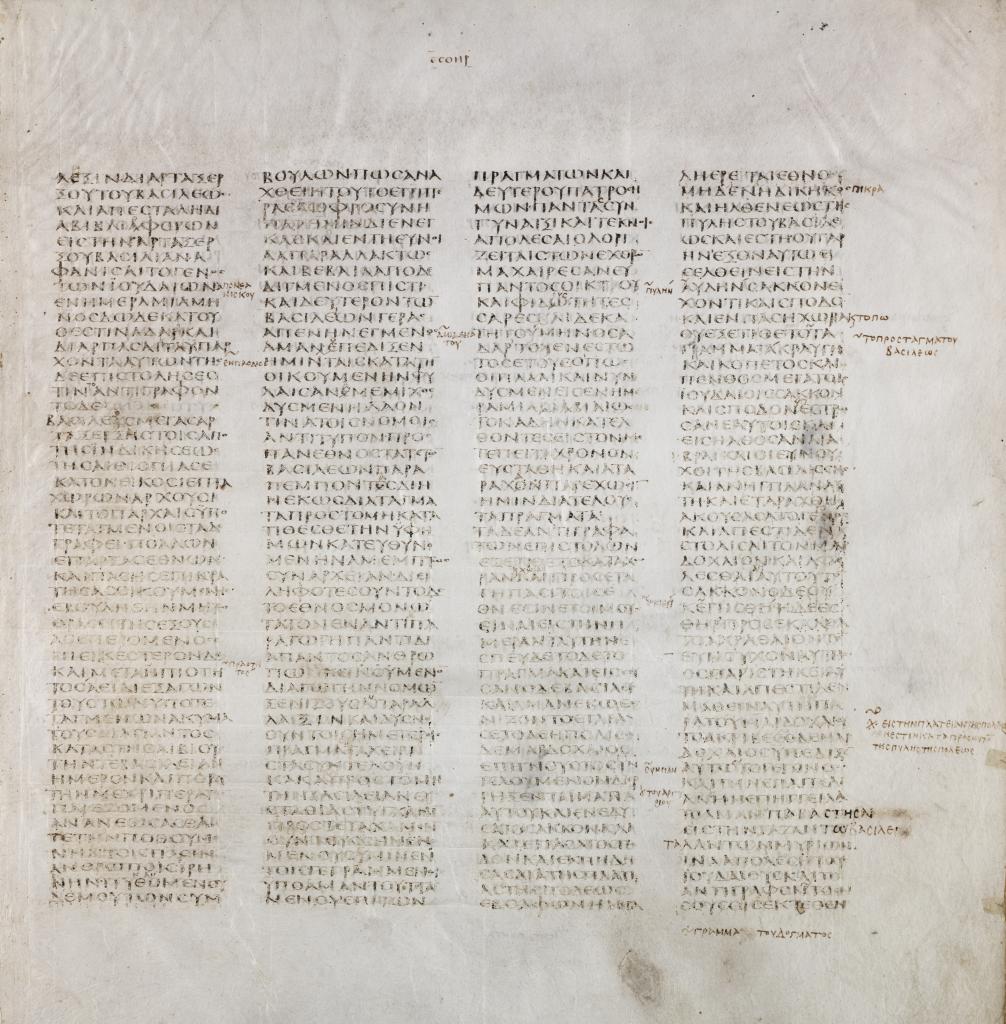 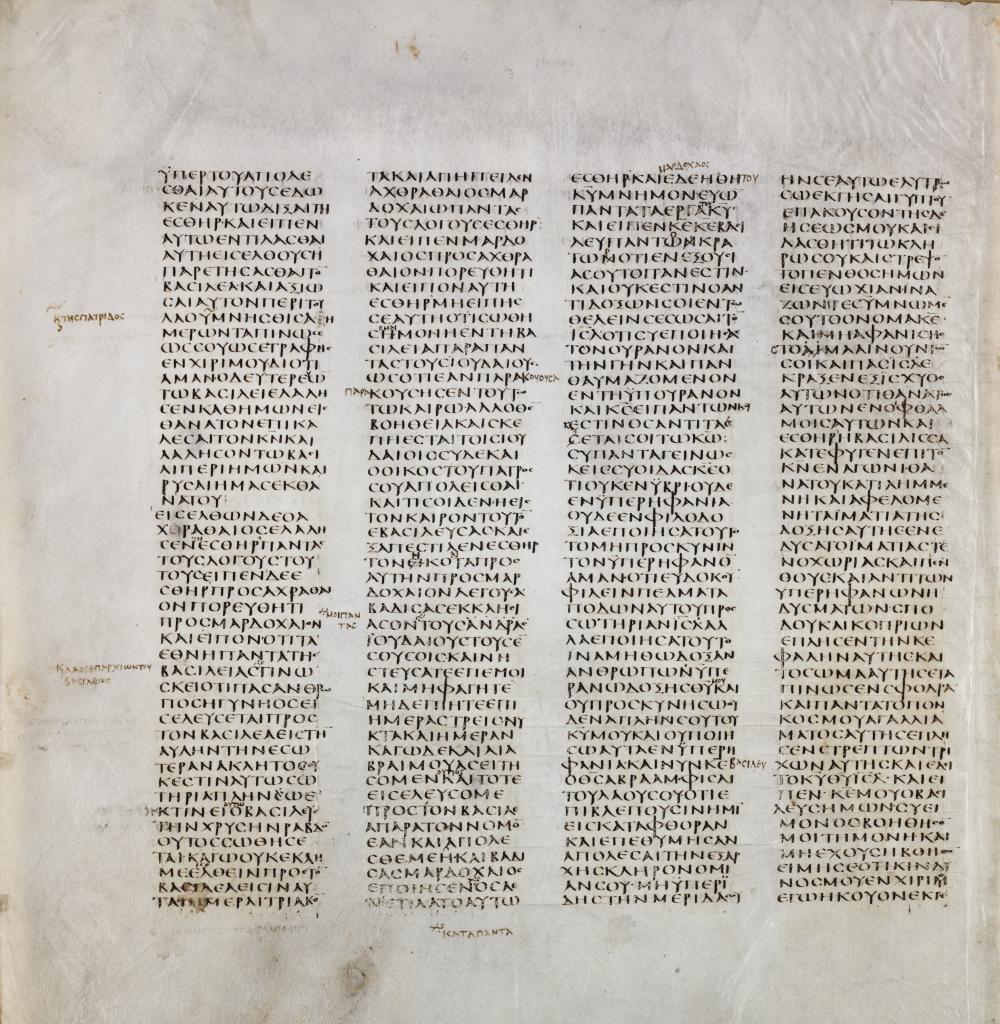